Today is Ash Wednesday, the beginning of the holy season of Lent. Following as it does the mirth and indulgence of the winter holidays, this Lenten return to discipline and austerity has always been significant to me, even when I did not count myself among the orthodox. It is a season for inwardness and withdrawal, for introspection and self-overcoming, for shoring away those impediments that distance us from the divine.  These accretions of self-will, of vanity, pride, anger, gluttony, sloth, greed, lust (“sins,” in the old tongue), are what keep us bound within the prison of our limited earthly consciousness and prevent us from realizing our higher nature.

The purpose of fasting (and voluntary austerity in general) has often been lost on its critics, who tend to associate it with shame or morbid self-loathing. Nietzsche’s life-denying, hollow-eyed “ascetic priest” comes to mind. It is true that asceticism serves a penitential function, of course. In Christian theology, sin is a willful act of rebellion against the divine and natural order that distances us from God. We make reparations and purify ourselves through fasting and confession, and thereby prepare our souls to receive the divine. As Meister Eckhart tells us in Counsels on Discernment, the best penitence “is for a man to have a great and perfect aversion from everything in himself and in all creatures that is not wholly God and Godly.” In this we have our model in Christ, whose forty-day fast in the desert is the basis for Lent. However, we needn’t retire into solitude like Desert Fathers, as ample opportunities exist for such trials in everyday life. Meister Eckhart continues:

Christ fasted for forty days.  Imitate him by considering what you are sure that you are most inclined and ready to do; apply yourself to this and observe yourself closely.  It is often more profitable for you to refrain from these things than to go without any food.  Similarly, it is sometimes harder for you to suppress one word than to keep completely silent.  So it is harder at times for a man to endure one little word of contempt, which really is insignificant, when it would be easy for him to suffer a heavy blow to which he had steeled himself, and it is much harder for him to be alone in a crowd than in a desert, and it is often harder for him to abandon some little thing than a big one, harder for him to carry out a trifling enterprise than one that people would think much more important.  Thus a man in his weakness can very well imitate the Lord, and he need never consider himself far off from him. 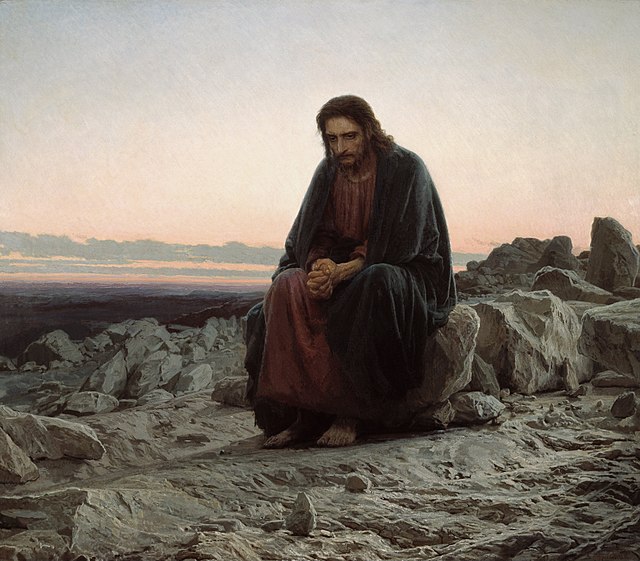 Despite the claims of various Protestants, Nietzscheans, neopagans, and hedonists,  asceticism is not merely self-flagellation or morbid wallowing in our own depravity. It is a matter of recognizing those imperfections that debase our higher nature, making amends, and eliminating those thoughts and behaviors that distract us from true knowledge and transcendence.

Beyond its particular significance for Christianity, asceticism has been a common practice in many traditional religious doctrines. Practically every religion specifies periods of purification before undertaking religious rites, for instance. Moreover, voluntary austerity also serves as a school of the will, and was promoted as such by the Spartans and the Stoics. Seneca writes in his eighteenth letter to Lucilius: “Set aside a certain number of days, during which you shall be content with the scantiest and cheapest fare, with coarse and rough dress, saying to yourself the while: ‘Is this the condition that I feared?'” Likewise, according to Plutarch the Spartan discipline was so severe during peacetime that war was believed to provide a respite.

Living in an age when man is prey to so many addictions and distractions, a voluntary asceticism regarding the temptations and narcotics of the modern world may in fact be necessary in order to regain any sense of nobility and independence. In addition to preparing us for hardship, such asceticism also serves as a school of the will. Its aim is to divest ourselves of our need for the inessential. As Evola writes,

In general: it is necessary to be able to renounce everything once one feels that it becomes necessary, or once one uncovers a desire or satisfaction for it; it is necessary to do, on principle, not as one pleases, but what is required, to always take, on principle, the line of greatest resistance and, thereby, to make the will ever stronger and purer, to make self-possession ever more energizing. Hard discipline, which one would hardly know how to adapt to unless one succeeds in feeling in the naked will in autarchy a stronger motive and a more intense and vaster pleasure than what things in themselves can ever offer us.

Feeling greater pleasure in the exercise of the will than in the thing we are denying ourselves: this is the essence of self-mastery. While this Stoic emphasis on strength of will might appear to go against the Christian emphasis on divesting oneself of wilfullness, the two are actually closely related. When we indulge in sinful, vicious, or degenerate behavior, we are not acting in accordance with our true self; our will and intellect are therefore bent in a perverse manner, contrary to their natural use. In strengthening the will and turning it to noble purposes, we are restoring the proper order to the human soul and making ourselves better instruments for God’s work and recipients of his grace. Detachment of this sort is, as Meister Eckhart writes, the virtue by which “man can most completely and closely conform himself to God, with which he can by grace become that which God is by nature, and with which man can come most of all to resemble that image which he was in God.”

It is this detachment from the world, paradoxically, that is the necessary ground for all noble action in the world. Detachment does not mean that we must forgo our affections or responsibilities to our families and communities. Rather, it means that we perform our duties selflessly, without hatred or fear, without expectation of reward. It means that we can fight with detached violence when necessary but can also act with mercy. Only a man who strives – through fasting and austerity, meditation and prayer – to free himself from his enthrallment to the passions, hopes, and fears of the limited human will can ever attain the rank of spiritual knighthood.

In keeping with our focus at this website, it also bears mentioning that a more austere society would also have a more wholesome relationship with the natural world. Much of the devastation wrought by contemporary civilization upon the biosphere has been due to mankind’s relentless greed, desire for comfort and control, and fear of death. As Aldo Leopold wrote, “Our bigger and better society is now like a hypochondriac, so obsessed with its own economic health as to have lost the capacity to remain healthy… Nothing could be more salutary at this stage than a little healthy contempt for a plethora of material blessings.” A Spartan society in which waste, conspicuous consumption, luxury and extravagance were treated with the contempt they deserve rather than applauded  and aspired to would be an improvement, both ecologically and morally.

Asceticism, then, strengthens the body and the mind; trains the will to endure hardship and to overcome resistance; rids us of our immoderate attachments and makes us better defenders of our families and communities; and brings us closer to God. Regardless of one’s religious beliefs, fasting and austerity should be practiced by any professed reactionary.

This Lent, then, let us embrace the sterner virtues. In order to recapture the austere spirit of an nobler age, I recommend these Crusader chants. Non nobis, Domine, non nobis, sed Nomini tuo da gloriam.

Meditations on the Tarot

Plunging in the currents of the Hermetic Tradition

The peace of all things is the tranquility of order. -- St. Augustine

"What, indeed, is a state, if it is not an association of citizens united by law?"

Wherever an altar is found, there civilization exists - Joseph de Maistre